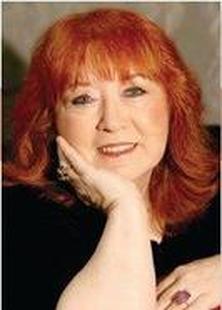 Jane Doherty Psychic Medium
I will offer clairvoyant readings for the future. Connection to spirit is offered during the question phase of reading.
Jane Doherty is one of the nation's leading authorities on psychic experiences. For more than 20 years, she has acted as a communication bridge between the living and the departed, and has helped tens of thousands of people understand their past — and future.

When author, psychic and ghostbuster Jane Doherty lectured at the Breakfast Club, San Francisco's premiere high society club, she turned cautiously minded skeptics into soft-hearted, warm believers giddy with their newly found psychic possibilities. Jane is living proof that paranormal abilities can be acquired and with her first book, Awakening the Mystic Gift: The Surprising Truth About What It Means to Be Psychic, she wants to teach that message to the world.

A renowned psychic for more than 20 years giving tens of thousands of readings, Jane Doherty is the leading authority on psychic experiences. She provides individual guidance through private consultation, conducts ghost investigations and seances to communicate with the other side and offers classes and workshops to those who are interested in discovering and developing their own psychic abilities. This fall she will appear in a new television series on a major network.

Jane also has the distinction of being retained as an expert government witness for a U.S. Postal Service investigation of a major mail fraud case involving psychic claims, assisted law authorities in cases of missing persons and homicides as well as added to the history of New Jersey when her services were used for an archeological dig. For more than twelve years Jane was president of the Jersey Society of Parapsychology, founded more than 30 years ago for the purpose of providing mainstream scientific research and support to this field. Her ghost investigations have taken her to such notable places as the Lizzie Borden House in Massachusetts, the Palace Hotel in San Francisco, the William Heath Davis House in San Diego as well as the Proprietary House in New Jersey, the only original royal governor's mansion still standing in the U.S. today.